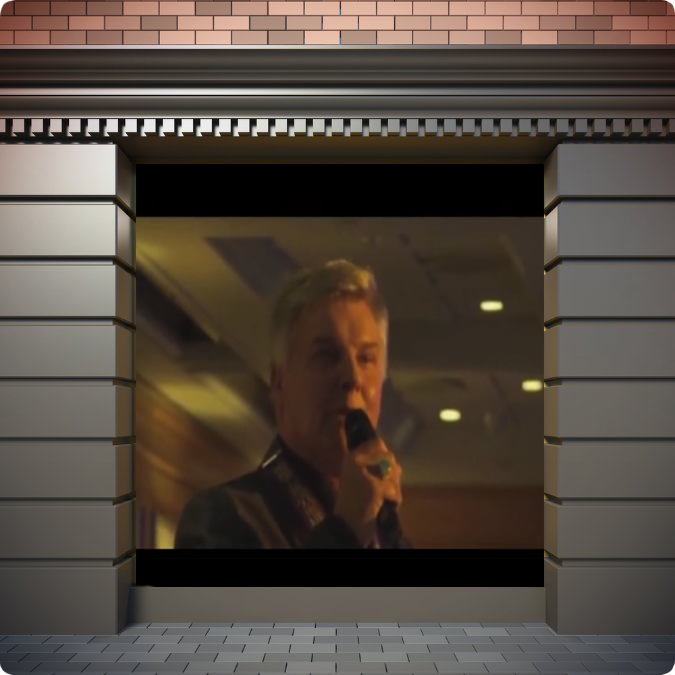 The Roasting of Jess Conrad

At the end of the 1950s Jess was a good-looking young Cockney actor who’d played a pop singer in a TV play and been spotted by Jack Good, “the Simon Cowell of his era”. Good was a go-ahead TV and music producer who’d made his name with Six-Five Special, the BBC’s pioneering Saturday rock ‘n’ roll show, before he decided it didn’t have enough rock ‘n’ roll in it and jumped ship for ITV.

Jess – born Gerald James in Brixton – was spruced up for a teenage audience hungry for sexy role models and let loose on those pioneering TV shows with others including Billy Fury, Adam Faith, Marty Wilde, Joe Brown, Gene Vincent and Eddie Cochran.

“People liked to call us ‘the magnificent seven’ and we had a great time,” recalls Jess.
This recording is of Jess’ ‘Roasting’ by his contemporaries.

A roast is an event in which one particular guest is joked about and made fun of by his or her peers, usually in front of an audience. The roasters are typically assembled on a “dais” (a raised platform or stage), where they remain for the length of the roast. The host of a roast is called the “roastmaster,” who does jokes at the opening and then introduces each guest. A roast usually ends with the guest of honor (roastee) getting the opportunity for a rebuttal against all of the insults hurled at him or her in the course of the evening. Roasts are traditionally comprised of insult comedy and are known to be very vulgar. It is largely considered to be a great honour to be roasted.